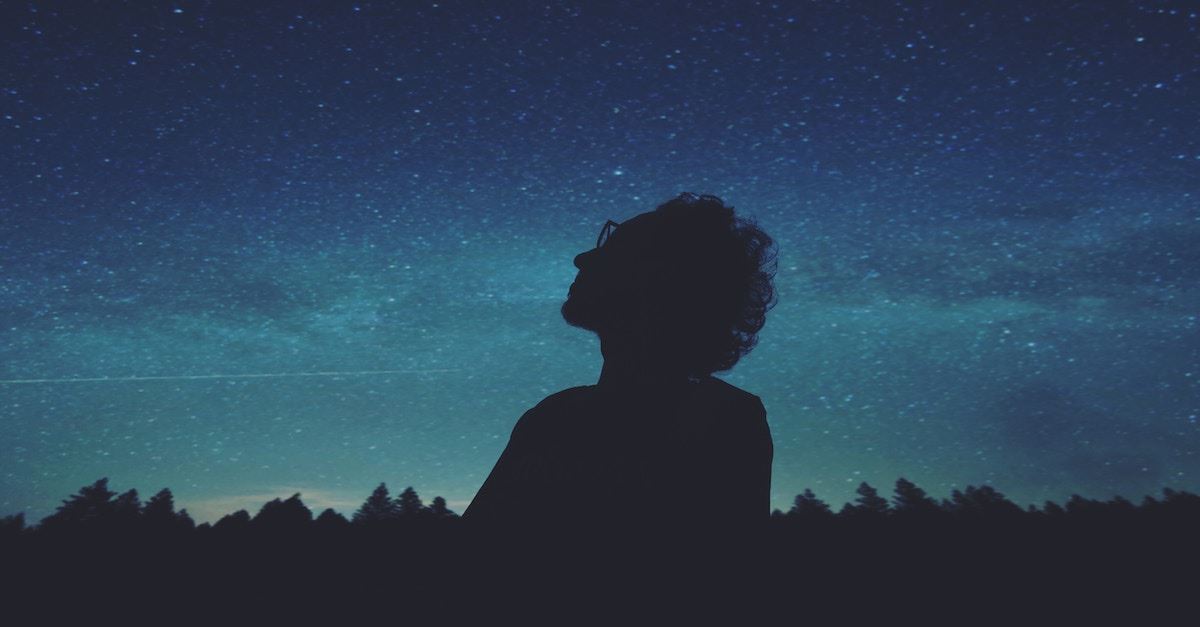 “The fear of the LORD is the beginning of wisdom; all who follow his precepts have good understanding. To him belongs eternal praise.” – Psalm 111:10

The Bible shows time again that there is wisdom in trusting the Lord. Yet the opening chapters of Scripture give us fascinating accounts of our tendency to turn away from God. Beginning with the original sin in Eden, then to Cain’s murder of Abel, the Tower of Babel, and Noah’s flood, Scripture reveals our nature to leave God behind and seek out our own paths, always leading to our own destruction.

When the people of Israel were led to the promised land, they were given very specific directions to avoid falling into this kind of trap. Yet history shows that they found themselves engaged in idolatry, indifference, and downright denial of God. Many still continue down these dead-end roads of paganism, agnosticism and atheism, but what do these terms actually mean, and what makes them so appealing to so many? Why are people seeking fulfillment there instead of in the Christian faith?

As we consider these world views and those who embrace them from a Christian perspective, the foremost thing to remember is that people are not are enemy. People are people, and as such are dearly loved by God. The enemy is and always has been Satan, who works to turn us away from God in any way he can.

As we stack these systems next to one another we see three very distinct world views emerge: Paganism’s belief in the supernatural outside of Christianity, Atheism’s belief in no supernatural whatsoever, and Agnosticism’s assertion that we have no way to know one way or the other.

The origin of the term Pagan is an interesting word study that has taken a few twists and turns along the way. Today we generally hear the word used to refer to the worship of something other than God, such as polytheism, witchcraft, nature worship, or some other form of idolatry. However, the term once had a much broader meaning.

The word is found in 1 Corinthians 5:1, “It is actually reported that there is sexual immorality among you, and of a kind that even pagans do not tolerate” and again in 1 Corinthians 12:2, “You know that when you were pagans, somehow or other you were influenced and led astray to mute idols”.

The Greek term Paul uses here is actually the term ethnesin, the same term often translated as ‘Gentile,’ or ‘the nations.’ Essentially, anyone who wasn’t a Jew (or in this case a Christian) was a Gentile or a pagan. You may recognize the word ‘ethnic’ or ‘ethnicity’ comes from the same basic term. But why is ethnesin translated as pagan?

The Latin word pagan originally meant someone who was uncultured and not familiar with ‘modern’ life. In the 4th Century, things had flipped, and Christianity became the official religion of the Roman Empire. The sophisticated people of Roman cities embraced the faith, while those in the rural, or pagan areas continued on in various idolatries. This is where the term pagan started to take on a more specific non-Christian meaning, and this meaning has carried on until today.

The big idea is that there are basically two nations or kingdoms: the Kingdom of God and the kingdom of this world, and we all members of one or the other. When Paul mentions the pagans here, he is not describing any specific religious practice. He is actually calling out the church, and the idea that people in the church were engaging in behaviors that even people who aren’t Christian considered horrible.

The problem with paganism to the early church was that one could not be a follower of Christ and still in any way ‘fit-in’ with contemporary society. One could not follow Christ and still follow the false religions of society. In the world where Christianity first began to flourish, monotheism (belief in one God) was a unique concept. Throughout the Roman world many gods were worshipped for many reasons, and this generally involved some kind of blood sacrifice and even ritual prostitution. In that time period, there were many dark expressions of what worship meant in pagan practice.

In this pagan world, even the Emperor himself was considered a god, and it was required that he be worshipped as such. To those used to living in a world filled with many gods and immoral rituals, this didn’t seem like a big deal. But to those who had joined the kingdom of Christ, who believed in one God who alone was worthy of worship, it was unthinkable to worship anything or anyone else as god. This is what led to early persecution of the Church.

Today, religions such as Wicca, various forms of witchcraft, pantheism and even worship of old Roman gods have emerged as popular among those seeking a faith that predates or precludes Christianity. Yet all of these fall short in offering the hope that is ours in Christ, and we are responsible to guard our hearts and minds from such ideas.

Atheism: No God at All

“I find that comforting, to say to myself that there is no point, I live in a pointless universe. Here I am, for better or worse, get on with it.” – Susan Blackmore, Psychologist

Atheism comes from the Greek term atheos, meaning ‘without god.’ While often characterized as anti-Christian, or actively fighting God, the simplest definition of atheism is a lack of belief that there even is a God. Atheism grows from the idea that if science can’t prove a thing (such as the afterlife or the creation of the universe), then the thing is not real. To the atheist, faith is flawed because if there is no God, then the concept of miracles, prayers, divine intervention, or even a purpose to our very lives, are also meaningless.

What Do Atheists Believe about Life?

“I do feel that life is ultimately pointless, but I honestly don’t care. I’m just squeezing as much happiness out of it as I can, for me and the people around me.” – Robyn Vinter, Journalist

From an atheistic viewpoint, all we have is the here and now, and any happiness we can have stems from what makes us happy in this moment. There is no purpose in life beyond one’s own enjoyment of it, because nothing outside of our own experiences really matters anyway. This stands in stark contrast to the Christian belief that this world is just a glimpse of the eternal, a hope of life beyond death, and a spiritual battle that is very real and happening all around us. While Jesus teaches “Whoever finds their life will lose it, and whoever loses their life for my sake will find it” (Matthew 10:39), atheism leads us to the exact opposite conclusion.

Psalm 53:1 states, “The fool says in his heart, “There is no God.” They are corrupt, and their ways are vile; there is no one who does good.”

Atheism in American thought and culture can be seen in a rise of secularism and a desire to drive out any conversations based on faith. It can be seen in the growing desire for the government to be the ‘end all’ of moral and justice issues, while taking faith and personal morality out of the conversation. Modern atheism ranges from active protest against Christianity, to those who simply have lost hope and quietly live out their lack of belief. Atheism may spring from many different places, but the common fruit is a lack of hope and a lack of purpose.

Agnosticism: Can We Even Know If There Is a God?

“The mystery of the beginning of all things is insoluble by us; and I for one must be content to remain an agnostic.” – Charles Darwin

Where atheism is a lack of belief in God, agnosticism is simply saying we can’t know one way or the other. Breaking down the Greek, the word gnosis means knowledge, and so agnosticism is simply ‘not knowing.’ Darwin labeled himself as agnostic because he would only believe in what he could observe through science, and what could be measured and observed. But does science and observation deny the existence of God or the supernatural?

Paul refutes this type of thinking in Romans 1:20, “For since the creation of the world God’s invisible qualities—his eternal power and divine nature—have been clearly seen, being understood from what has been made, so that people are without excuse.”

To claim agnosticism is to claim that we don’t have the capacity to know about or understand supernatural things, so there is no way for us to know. It is not an atheistic belief that there is not and cannot be a God but is akin to sitting on the sidelines and avoiding the topic altogether.

“…a man shall not say he knows or believes that which he has no scientific grounds for professing to know or believe.” – Thomas Henry Huxley

This is perhaps the hardest belief system to understand, as it seems to leave one just wondering about life with no definitive answers or guidance. It is true that we have no glimpse into the afterlife, but it is also difficult to accept that all things can be measured in a laboratory.

These three belief systems, though different and unique, stand in stark contrast to Christianity in that they are devoid of any hope or joy beyond the here and now. Where Christianity urges patience in trials, love for enemies, and faith in God when we cannot see Him working, these three are simply built to exist outside of such faith and hope.

We will likely meet people who claim to follow one of these three world views who are genuinely kind and intelligent people. This is all the more reason to share the truth we believe in, expressing love and kindness to those outside of the faith. As Paul stated, “Be wise in the way you act toward outsiders; make the most of every opportunity. Let your conversation be always full of grace, seasoned with salt, so that you may know how to answer everyone.” – Colossians 4:5-6 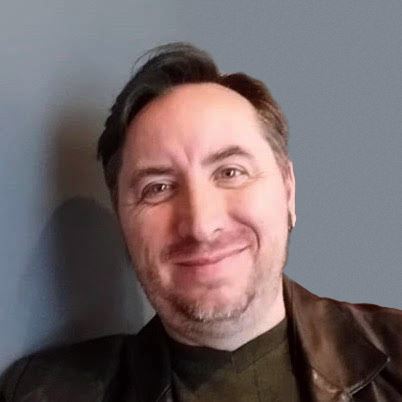 Jason Soroski is a homeschool dad and author of A Journey to Bethlehem: Inspiring Thoughts for Christmas and Hope for the New Year. He serves as a worship pastor in Colorado and spends his weekends exploring the Rocky Mountains with his family.